by Beth Duff-Brown
A SPECIAL ARTICLE FOR ENERGY TODAY
I was among the hundreds of thousands of Northern California residents who were without power. I got off easy; power went out on a Wednesday night and was restored by the time I got home from work on Thursday. Really no big deal. Some food had to be thrown out; but I could charge my phone in the car and had plenty of batteries and bottles of water. 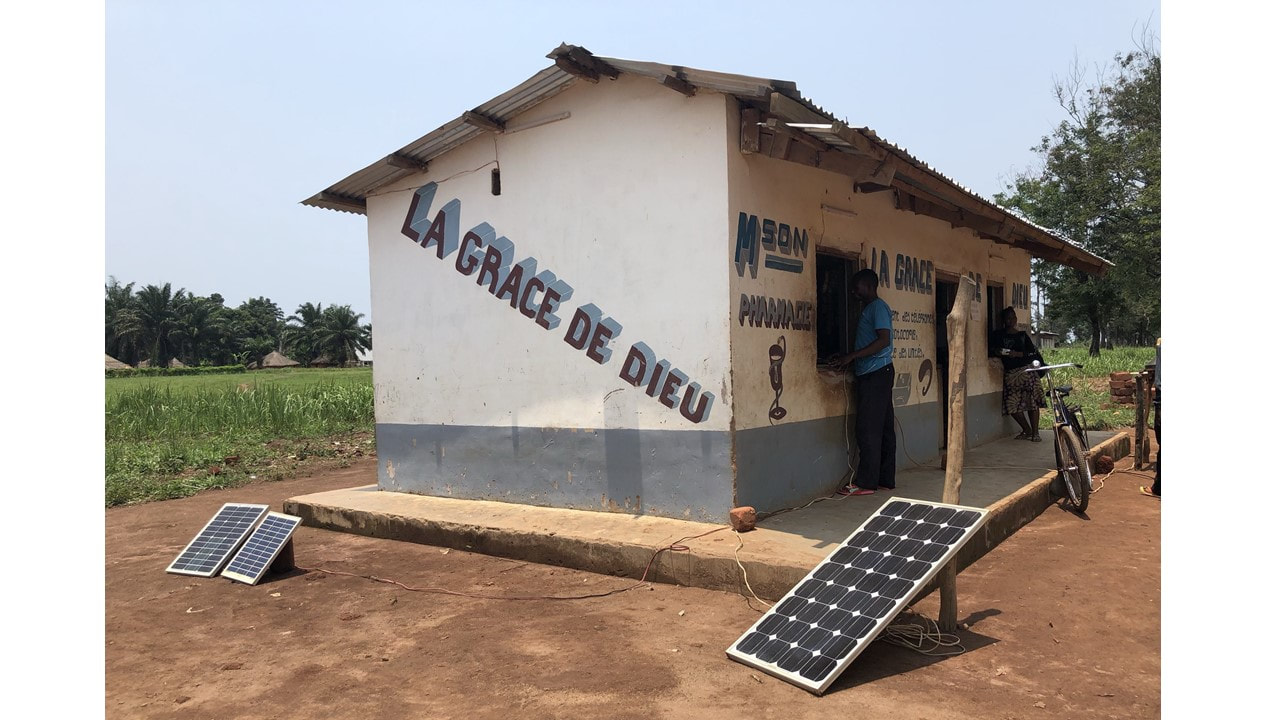 ​Pacific Gas and Electric — whose faulty equipment was partially to blame for the deadly wildfires of the last two years — determined wind gusts were going to be strong and humidity levels low, thus creating conditions for a potential round of blazes. I don’t begrudge them for trying to save lives; they’re up against a changing climate and our new normal.

And having only been back from Congo for a week, much of my three weeks in Africa was spent in areas with little or no electricity or running water. Nick and I were constantly rigging up ways to charge our phones, laptop and camera batteries. Bucket baths were de rigueur. And we saw Chinese- and German-made solar panels everywhere, from smaller Etch-a-Sketch-sized panels thrown up on the thatched raffia of mud huts, to larger panels powering up beauty salons. 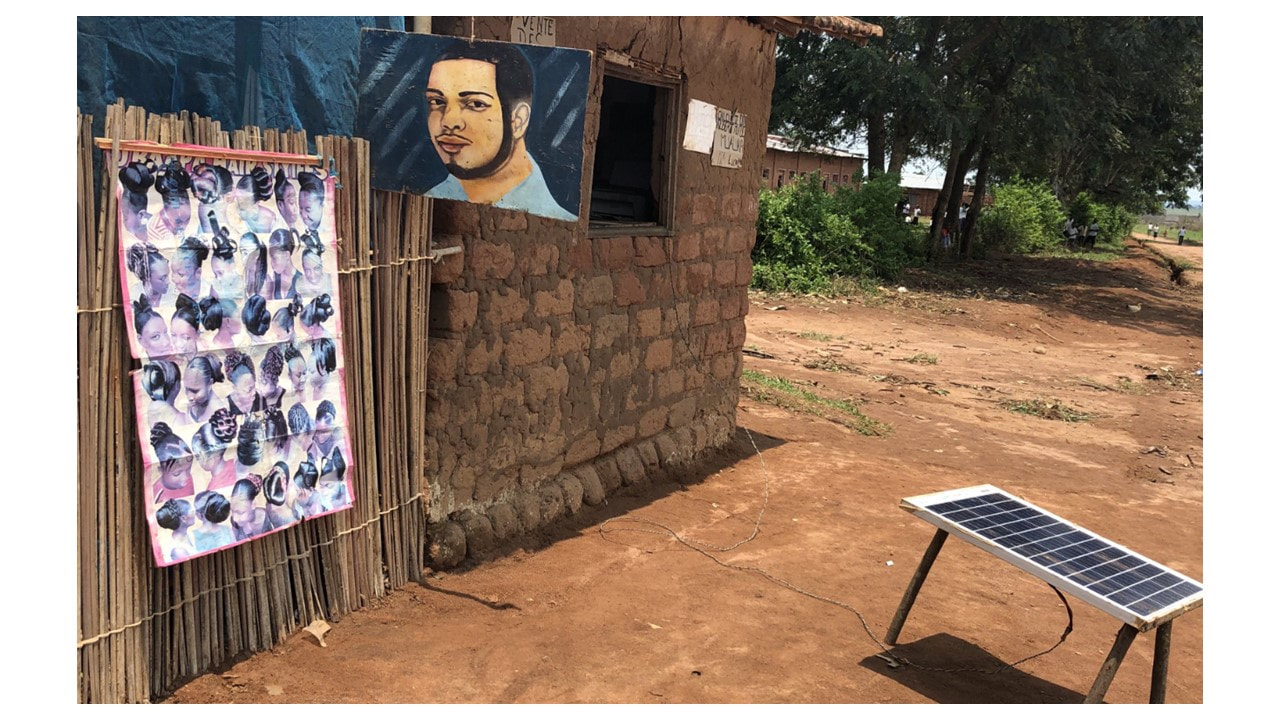 Solar powers this small barber shop/beauty salon in Kamponde, Congo
We purchased a small gasoline-powered, Indian-made generator in Kananga for 150 bucks to take to Kamponde so that we would always have a way to charge our phones and batteries. I ended up leaving it behind for the Catholic nuns. In one of the rare news stories out of the Kasai region of Congo, I had learned a few weeks before we left for the DRC that the nuns and parish priest had been robbed at gunpoint; cellphones and salaries for their teachers stolen. So now these hardworking sisters — who run a school, farm and take care of orphans, all without the luxury of electricity — now also had no way to communicate outside of the village.

And when our generator ran out of petrol, I sent my laptop to a little shop where I paid about $2 to get it fully charged in about three hours using a solar panel. Incredible progress for a small village where, only 13 years ago, there was no solar power or cellular tower.

“Solar power and wireless communications are made for Africa, because we don’t have the infrastructure,” says my old friend Jim Mukenge, a Kananga-based politician who helped me organize this great, exhausting adventure and traveled with me to Kamponde. “The cheap solar panels and LED bulbs now coming from China are a blessing,” Jim told me. “In all the villages now, everybody has a little panel. They can have a little light; they can play their music. And they can they can charge phones and have a little income.”

“They can feel like they’re part of the modern world.”
We stayed with Jim, who comes from a revered political family in the Kasai and was recently elected to the state assembly. His father, Barthélemy Mukenge, was the first governor in Kasai after independence; he died last year at 93 years old and the city erected a statue in his honor. And yet, Jim and his wife Bernadette — both of whom went to college in the States — rent an old colonial house in Kananga with no running water and spotty electricity.

If they chose to use the national power company, it would cost them $80 to $100 a month. That, in a country where the GDP per capita was only $495 last year and most make fewer than $100 a month. Jim instead pays $50 a month to be hooked up to a neighborhood generator, where some 25 houses share the electricity and get more hours out of it than SNEL.
Yet some 60 years of dictatorship and corruption since independence in 1960 has left the country, formerly known as the Belgian Congo and Zaire, completely broken. In a country the size of the United States east of the Mississippi, there are fewer than 1,000 miles of paved roads — compared with more than 4 million miles of paved roads here at home.

The mere 60 miles between the city of Kananga and my Peace Corps village, Kamponde, is not only unpaved, but ravaged by foot-deep ruts and yard-wide sand pits or yawning puddles. It took us four hours to get about two-thirds of the way there in a 4x4 — we had to give up due to monsoon rains and stay in a guest house in Tshimbulu — and six hours driving straight back at the end of the week.

Jim actually helped build a hydroelectric dam just outside of Kananga, one that began giving 24-hour electricity to the Good Shepherd Hospital in Tshikaji back in 1985. Today, the plant still powers what is now the Christian Medical Institute of Kasai (IMCK), which has 140-bed teaching hospital, a lab tech school and college-level nursing program, as well as specialized programs in dentistry, surgery, opthalmology, maternity and pediatrics.